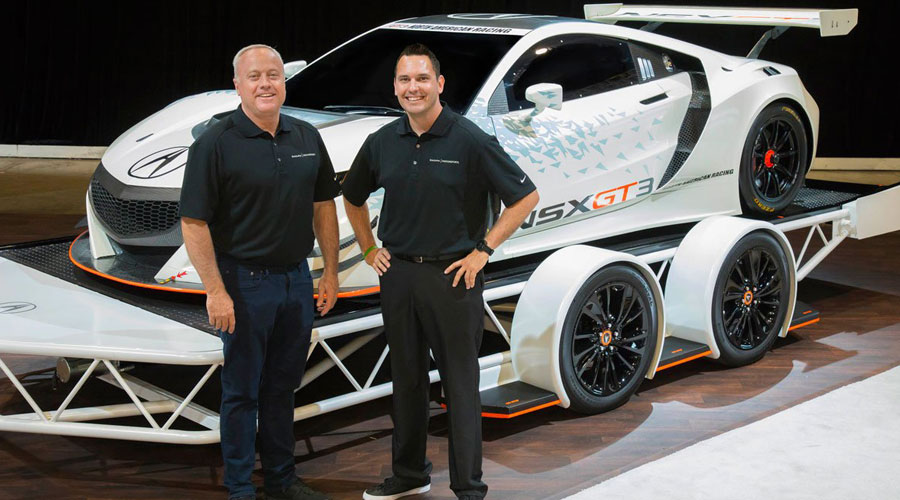 “It was an arduous selection process, but we’re extraordinarily pleased with the dynamic and experienced driver lineup which will launch our 2017 Acura Motorsports program with the new NSX GT3,” said Art St. Cyr, president of Honda Performance Development. “We believe we’ve assembled a group of drivers who have the skill and experience to take the Acura NSX GT3 to Victory Circle, and who will proudly represent the performance DNA of the Acura brand for our many fans.”

Returning for his third season with RealTime Racing and Acura, the 33-year-old Eversley recorded three Pirelli World Challenge GT race victories driving an Acura TLX GT for RealTime in 2015-16, including a race weekend sweep of the two PWC GT events at Road America in June. The Georgia native has also been a multiple race winner driving a variety of Honda Civic Si’s in the Continental Tire SportsCar Challenge.

Veteran GT racer Peter Kox, 52, joined the Acura Motorsports effort earlier this year as test and development driver for the NSX GT3. The Dutch driver has a long history with various European Honda Racing programs, including three years in the British and European Touring Car championships from 1998-2000. He is a previous class winner at Le Mans, in 2003, and was part of the winning lineup at the 24 Hours of Brno in the Czech Republic earlier this month.

Long-time Acura Motorsports partner RealTime Racing will again contest the Pirelli World Challenge, switching to the new NSX GT3 from the Acura TLX GT, which the Wisconsin-based team drove to three victories during the past two seasons. RealTime has a long history of success in racing a wide range of Acura and Honda products, including 88 World Challenge race victories and 14 championships since 1993.