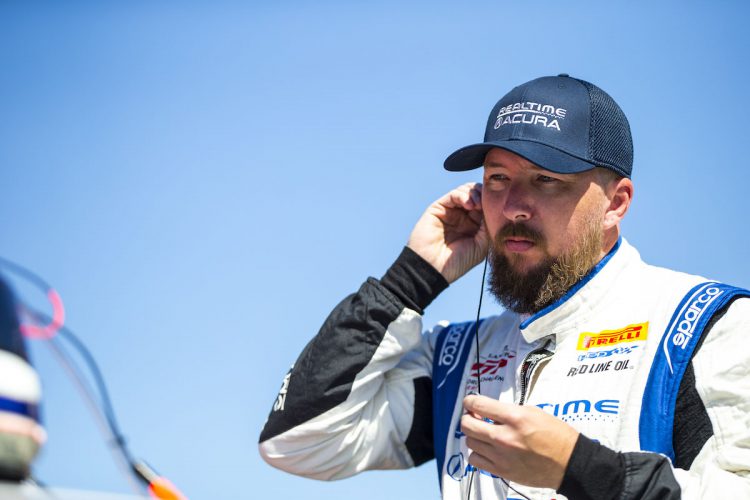 SAUKVILLE, Wis. (Aug. 9, 2019) – After a successful outing at Sonoma Raceway in June, Mike Hedlund will replace the injured Bret Curtis in the RealTime Acura driver lineup for the remainder of the 2019 Blancpain GT World Challenge America season.

For Rounds Seven and Eight in Sonoma, RealTime enlisted Hedlund, an experienced sportscar driver and Northern California resident, to sub for Curtis and pair with co-driver Dane Cameron. That weekend, the duo earned a Pro-Am class victory and runner-up finish in the No. 43 Acura NSX GT3 Evo.

“I told (team owner) Peter Cunningham after our first day of practice at Sonoma that if Bret wasn’t feeling 100 percent for any of the remaining races to call me first,” Hedlund said. “The team made me feel right at home from the moment I arrived at the track. They’re very experienced and I’ve been around the block a few times myself so we were able to hit the ground running.”

The synergy developed in Sonoma for the Hedlund / Cameron pairing was further realized as they completed a successful test at Road America earlier this week. Track time is limited on race weekends so to have two full days of testing gave the team ample opportunity to unlock more secrets of the Acura NSX GT3 Evo.

“I think the results from Sonoma speak for themselves in regards to how well Mike and Dane work together in the Acura,” Cunningham said. “And now after our test at a track we will race on in September, the team should be in strong position to fight for more wins.”

After missing the first two rounds of the season, RealTime is not in mathematical contention for the Championship, but ending the season with more race wins is the goal.

“With the teamwork, pace and pit stops we showed at Sonoma I think we can fight at the front of our class for the remainder of the season,” Hedlund said. “We’ll have some tough competition, but with the RealTime crew, Dane Cameron and the Acura NSX GT3 Evo, I’m feeling pretty good!”

Race One of the Blancpain GT World Challenge America at Watkins Glen takes place Saturday, August 31, at 3:10pm ET. Race Two is schedule for Sunday, September 1 at 3:15pm. Both races will be streamed live on the World Challenge website.