REALTIME RACING SET TO FACE NOLA FOR THE FIRST TIME 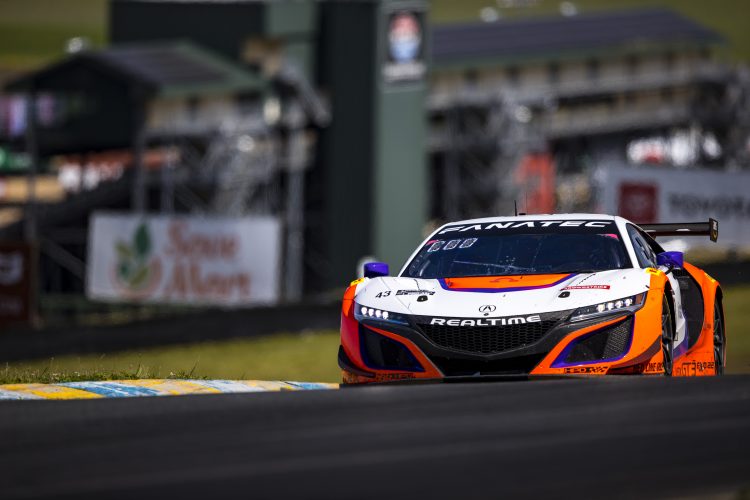 RealTime Racing is ready to show its cards in the Fantec GT World Challenge America season opener at Northern California’s Sonoma Raceway. The No. 43 Acura NSX GT3 Evo22 will take to the track for two 90-minute races in the Pro-Am category with drivers Erin Vogel and Michael Cooper.

Rounds Three and Four of the Fanatec GT World Challenge America powered by AWS at NOLA Motorsports Park will be full of firsts for RealTime Racing. The 2.75-mile circuit outside of New Orleans is a new addition to the series schedule and it will be both the team’s and the drivers’ first time to the track.

“When I go to a new track I watch a lot of video and study track maps, primarily. I’ll do a little sim time, but I try not to focus on that too hard because sometimes it can give false impressions. It’s great for learning a layout and some general characteristics of a racetrack, but it can be dangerous to assume you have it down just from driving it on a sim.

“I’m feeling quite good with the car at this point, although one thing we need to work on during the promotor test day is getting a better understanding of the hand clutch launch leaving the box. We had a few problems with it at Sonoma and will need to practice a few pit stop launches to really have that part of the equation down pat. Despite our setup struggles in Sonoma, I was feeling like I read the car intuitively and have learned its language now, so I know we have the potential to do well at NOLA.”

“NOLA is new to me as I’m sure it will be for a lot of our competitors. As far as the layout goes, I have seen video of the track so that’s not going to be a surprise. There is a test day on Thursday so that should give Erin [Vogel] and I ample time to figure out the course and start working on improving the car.

“The NSX Evo 22 has some upgrades just for hot conditions, so I think we should be in a good place with New Orlean’s weather. As far as tires go, making them survive in the heat is key.  I’m expecting it to be not so different to Sonoma and I’ll be pleasantly surprised if the tire wear is not as significant

“Erin and I are going to be looking to improve on maximizing the car we have. The mixed conditions at Sonoma didn’t do us any favors as far as settling on a setup we liked. Hopefully the test day and practice on Friday will have similar conditions and we can get the NSX more dialed in for the weekend.”

“Everyone is excited to go to a new track if we can win there it will be the 29th different race track that RealTime has won at. With the amount of experience our team has I think we’ll be up to speed quickly and ready to record a pair of strong results.”