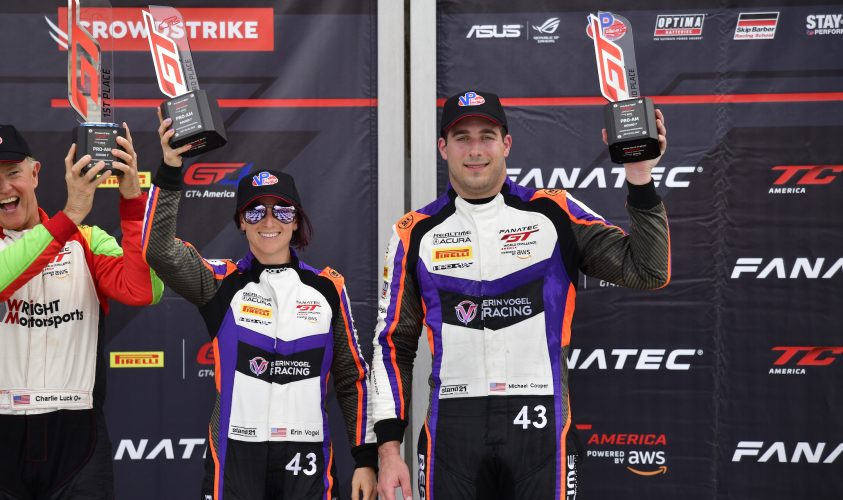 Following two practice sessions on Friday, Vogel and Cooper took turns qualifying the No. 43 Acura NSX GT3 Evo22 on Saturday morning. Both drivers ended up eighth on the Pro-Am grid, but a carry-over penalty from the last round meant that Vogel would have to start from the back of the grid for Race 1 at Watkins Glen.

The penalty came from VIR when Cooper suffered a brake malfunction that sent him into another competitor. Though it was not intentional, it still garnered a 10-place grid penalty for the team.

Starting from the back only fueled Vogel’s fire as she picked up three spots in the opening laps of the race before the first of three full-course cautions.

RealTime had zero tire issues, however, and when Vogel brought the car in for the team’s single pit stop, she was up to fifth in the Pro-Am category.

“We had a good race today, even after starting with a grid penalty from VIR,” Vogel said. “I made up a few positions with a good start, staying down the inside and taking advantage of a stack up on the outside of Turn One. Then I was able to take advantage of a late caution to get another pass right before bringing the car in for the driver change fifth in class. The crew was able to give us another position with a quick stop to put Michael [Cooper] out fourth in class.”

The RealTime Acura continued its forward charge with Cooper behind the wheel and tire conservation was at the top of his mind. It proved the correct decision, because even though he had to concede a spot early in his stint, two more cars suffered tire damage, promoting him to third by the race’s end.

“Great job by everyone at RealTime to get this NSX up and running for this weekend,” Cooper said. “Erin drove an incredible stint to work her way to fifth in Pro-Am before handing the car over. I made sure to take good care of the tires on the out lap, staying off the curbs, and we were fast enough to come home in third place, the first podium of the year!”

Vogel was equally proud of the full-on team effort that contributed to the third-place finish.

“I’m incredibly proud of everyone here at RealTime Racing for their perseverance and for always being there, ready to seize the opportunity when it counts,” she said.

Race 2 at Watkins Glen may not have been as exciting as the first, but it still concluded with a solid sixth-place finish and more championship points on the board.

Cooper had starting duties for Sunday’s race and had a performance similar to Vogel’s the day before. He was eighth on the Pro-Am grid but sixth by the end of lap one and up to fifth when it was time to pit.

“It was a good day for us at Watkins Glen,” Cooper said. “We picked up a few places on the start and were able to hold position ahead of Auberlen in the BMW and Caldarelli in the Lamborghini until the pit stop. Unfortunately, we had a bit of a slow driver change and lost some valuable time. Erin ran her best laps of the weekend in the race and everyone on the RealTime crew performed flawlessly all weekend.”

Tangled belts slowed the driver change considerably. When Vogel returned to the track, she was in seventh but eventually picked up a spot to finish sixth.

“After a big struggle in our driver change with a substrap that got twisted around the bungees, we were about 7.5 seconds late rolling out of pit lane,” Vogel recalled. “I figured this had put us way behind, so I used the track time to get used to the setup changes we put on the car since yesterday’s race and hone in on the car’s performance. The change was definitely good, and I was able to take about two seconds off my lap times as the stint went on.

“Between our results and the positive changes we’ve seen in performance this weekend, I’m really looking forward to Road America as I hope we’ll continue to see this kind of progress continue.”

Next up for RealTime Racing in GT World Challenge America is its home track: Road America in Elkhart Lake, Wisconsin, August 19 – 21. 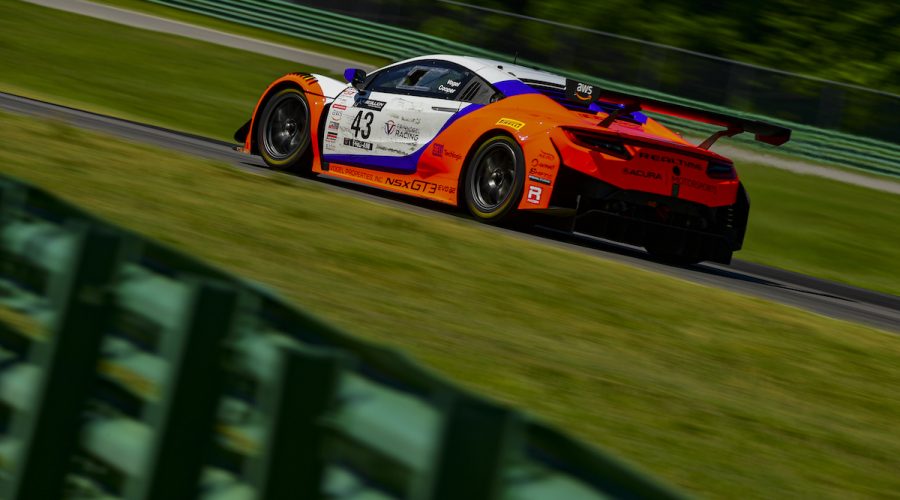 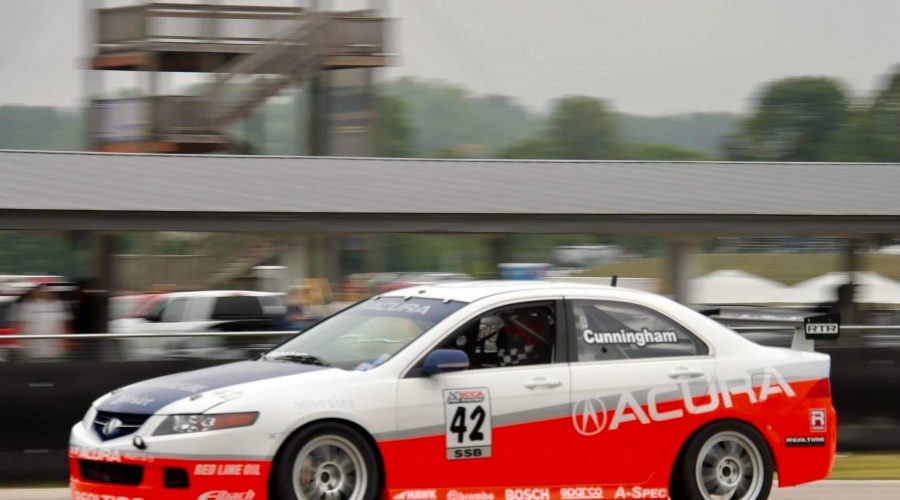